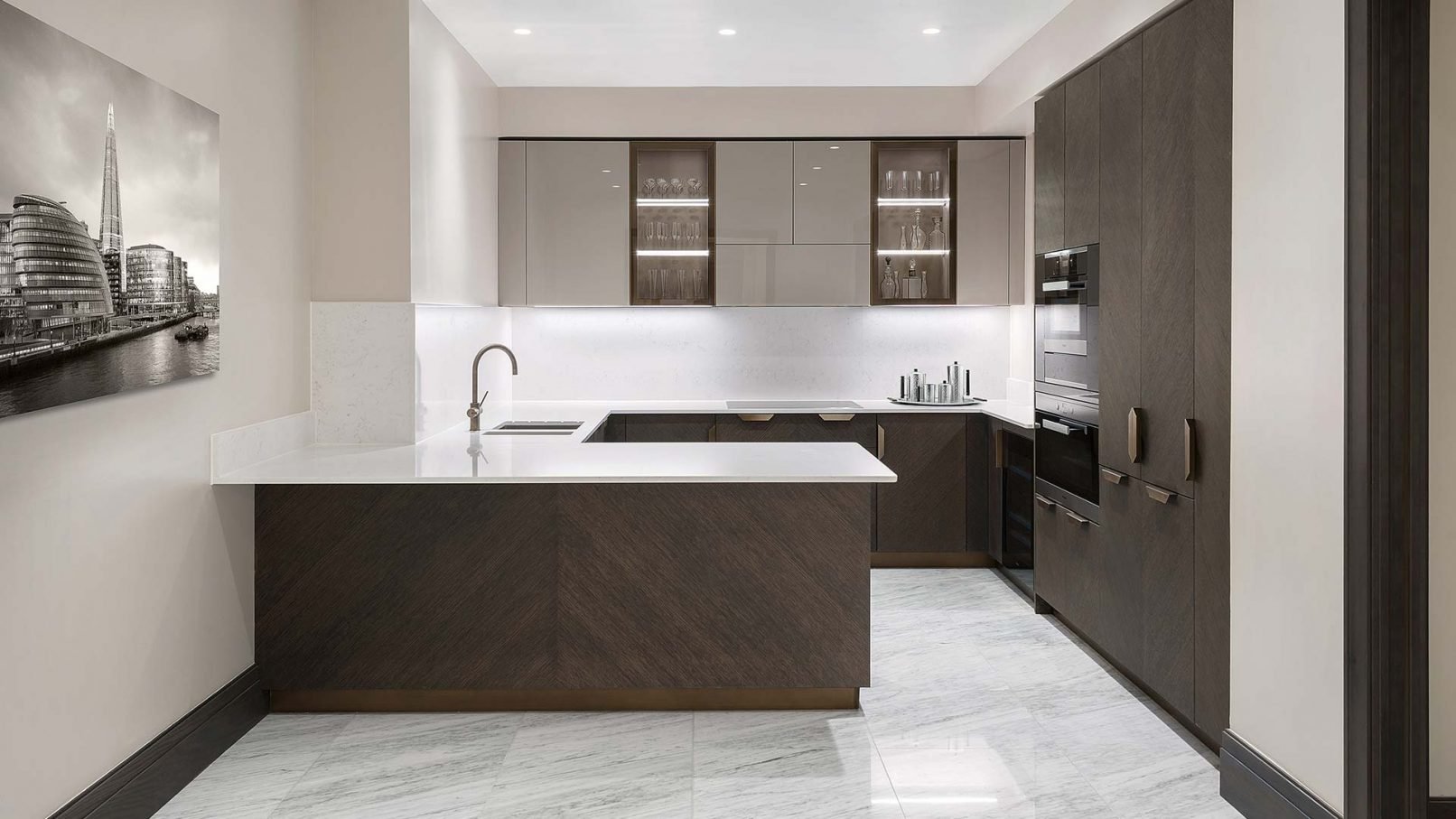 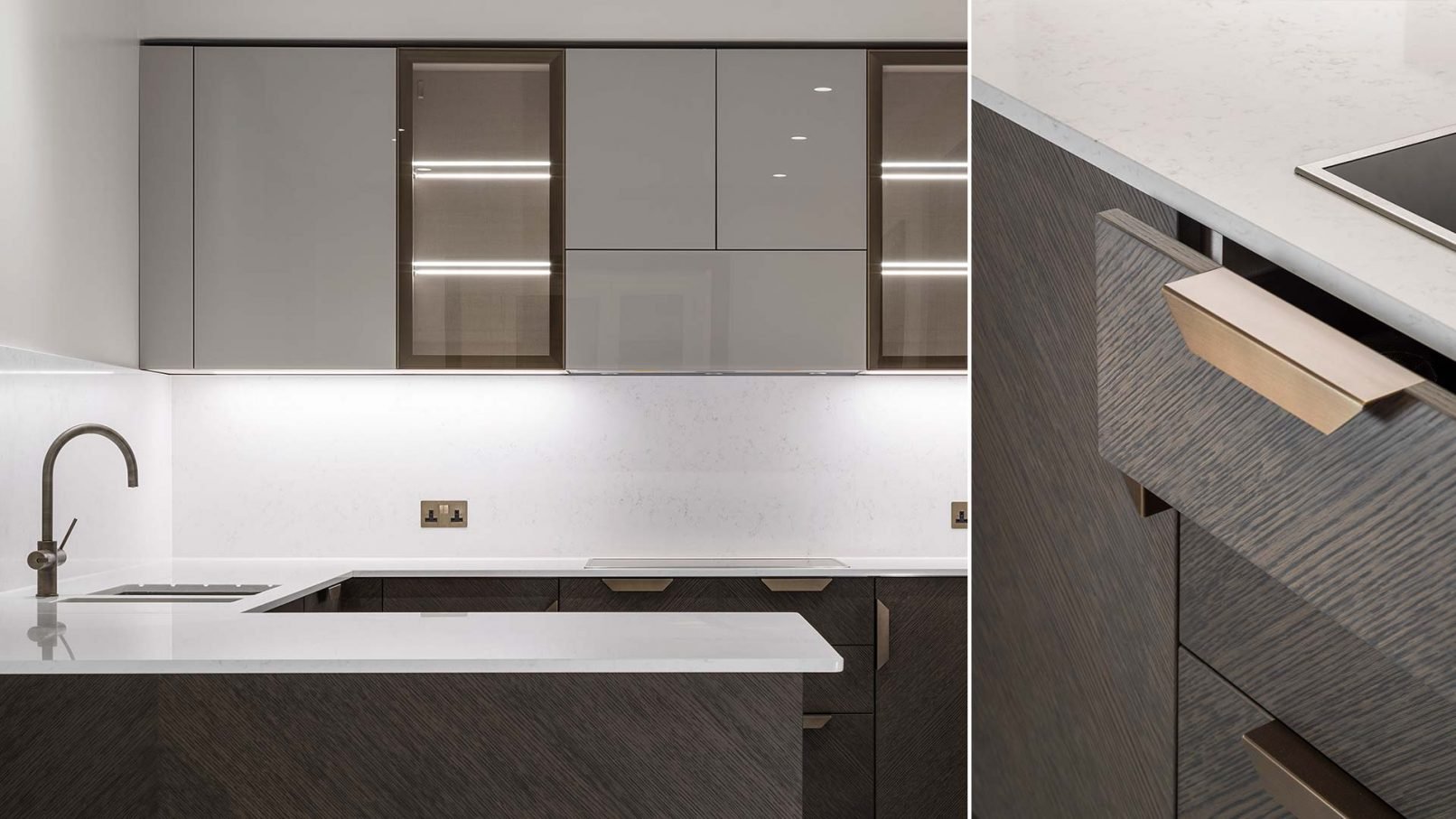 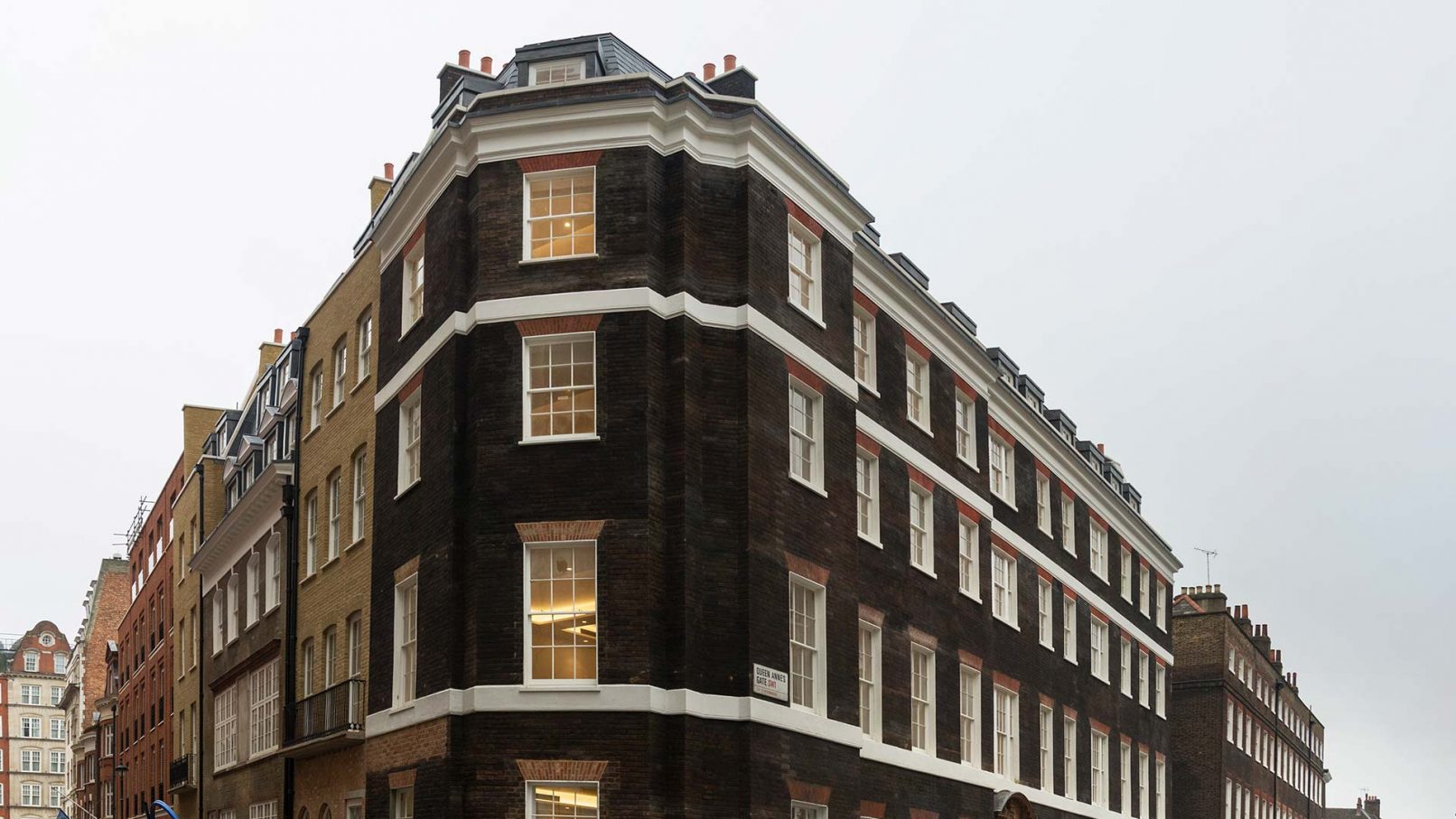 KITCHEN WITH PENINSULA AND COLUMNS IN ANGULAR LAYOUT – 20181102

In London, an exclusive turnkey multiapartment project, enriched by 27 kitchens in a varied series.

In the prestigious One Queen district, TM Italia oversaw the contract supply for a multiapartment project of 27 real estate units, some of which feature this C-shaped composition of columns and kitchen with peninsula.

A mix-and-match of models and finishes to generate a refined style.

Each of the 27 kitchens in a varied series supplied by TM Italia has been customized and functionally adapted to the different spaces while maintaining stylistic continuity and coherence to the general interior design.

The recessed angular layout that is presented, inserted inside some apartments, is that of a kitchen with peninsula on model D90 with Miuccia Antique bronze handles.

The finish of the base and column doors of the angular composition is in characteristic 45° flamed Rovere rigatino, particular woodwork that gives elegance to the whole realization.

The singular “thorn” effect of the 45° mirrored beading lends a unique character to this London multiapartment.

The wall units with push & pull opening have lacquered glass Grigio alpaca doors that alternate with glass doors on an Bronzo antico frame, coordinated with Miuccia clogs and handles.

The large white quartz worktop is fitted with an induction hob and an under mount washing tank. On the front, it extends over the peninsula and creates a practical snack top.